I have been playing around with Dynamo recently.

No, not the ‘magician impossible‘, but the visual programming tool that hooks into Revit. It has been around for a few years now, but seems to have gained traction recently at least in my little world.

Dynamo consists of drag & drop nodes joined with lines to define a logical process, in a similar way to workflow diagramming.

Each node carries out a specific step, before passing data on to the next node.
Third party ‘packages’ can be added to the core Dynamo application to add extra capability or interface with other applications such as Excel, Navisworks or Sketchup. Each package typically contains a number of nodes based around the same area or purpose.

Generally, the nodes either read in, manipulate or write out data. So in Revit, it might be querying, modifying or creating model elements. Other nodes might be logic tests used for filtering or rearranging data.

Appropriate nodes are assembled and hooked up together into what is known as a ‘graph’, which is essentially a project file than can be run, saved & rejigged as needed against an open model in Revit.

Lest the ‘programming’ bit scares you off: it isn’t necessary to write a single line of code in most cases.

Since you can test it ‘live’ i.e  while you are working and see the results, it is very quick to use once you get the hang of it.

Sounds more complicated than it is

A lot of the promotional blurb includes impressive sounding words such as ‘computational design’ or ‘generative design’ with examples of complex geometry such as stadia or other curved geodesic structures.
However, there is a lot to Dynamo which is much more mundane for automating repetitive tasks in model management or documentation work.

Dynamo has more than a passing resemblance to ‘Grasshopper‘ which is a tool that supplements the McNeel ‘Rhinoceros‘ application. Grasshopper/Rhino is more sophisticated but you need to be a Rhino geek to start off with, so Revit/Dynamo would possibly have a wider audience just due to the number of Revit users.

In a BIM context rather than just 3D modelling, Dynamo also has the distinct advantage that the model output includes proper elements such as walls and floors, rather than a collection of Rhino points, lines, meshes and surfaces.

Dynamo is quite easy to use and you can see what is happening while you work.

There are 2 versions of Dynamo:

Although I have regular feelings of charity towards Autodesk, with an irrational urge to donate large sums of money to top up the meagre earnings of their salespeople, I don’t quite understand why anyone would pay the extra ~AU$420 per year for Dynamo Studio. Anyone who is interested in Dynamo would almost certainly have Revit. However, to their credit, Autodesk are supporting & contributing to open-source Dynamo.

There are a very large number of add-in packages (around 680 at the time of writing)  that are publicly shared and anyone can contribute. These range from polished packages of utilities for specific tasks through to a fair bit of clutter and ‘test’ packages.

I have to commend the authors of these add-ins: some are clearly the result of hard work by clever people. As far as I can tell, all the add-in packages are currently free.

While it is admirable that so many people are prepared to share their hard work, the package repository does need a bit of housekeeping and governance to keep the clutter under control.

Beyond the crazy geometric structures, what is Dynamo good for ?

If you really need to generate a complex mathematically defined structure or building, then Dynamo could certainly help with this. It would come into its own if you needed to make multiple updates to the geometry or to run through many different options.

There are some good tools either in the core Dynamo, or in the multitude of packages. Some of these fall in to the category of tools that should probably be built into Revit (such as Excel import/export) as well as functions useful for streamlining data entry, documentation tasks or rule based model checking & manipulation.

If there are any repetitive or iterative tasks in Revit then Dynamo could probably help, but it is obviously a matter of balancing the time to automate it with Dynamo versus doing it manually.

I’m not a programmer by any stretch of the imagination, but Dynamo really is pretty easy to learn. I have heard of companies sending people to training courses. Personally, I think it is something you could sit down with some tutorials for a few hours, set yourself a mission and quite quickly pick up the basics.

Dynamo is not the kind of thing that everyone in an engineering or documentation team needs to know how to use, but a couple of people with some Dynamo skills would be very useful.
Dynamo does have a slightly grass-roots/homebrew feel about it and you need to be prepared to experiment and accept that not everything is documented or works perfectly.

One benefit of ‘Dynamo Studio’ might be that you get technical support from Autodesk or a reseller. However, the response and effort from some of the active people on the forums is nothing short of amazing and puts many paid services to shame. Questions are regularly answered within minutes or a few hours, complete with examples or custom code.

I am almost reluctant to mention it here in case these fine people are overwhelmed with questions…but then there is always the concept of ‘pay it forwards’ i.e if someone helps you out. So I try to answer a few questions without making too much of a fool of myself.

It is worth spending some time looking at Dynamo & how it might fit into your business and save some time in modelling or documenting, or make current processes more efficient.

The best opportunities are in repetitive or iterative work (where you need to cycle through variations on a theme) and in these areas it could certainly save some time & money. In addition, Dynamo is great for model data imports & exports and brings some capabilities that stock-standard Revit just does not have or would be extremely tedious.

Dynamo isn’t an application for everyone- some will love it, some will probably find it frustrating & confusing. 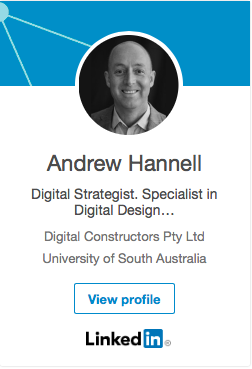 © Andrew Hannell, hannellbim.com, 2016, 2017, 2018, 2019, 2020, 2021. Unauthorised use and/or duplication of this material without express and written permission from this site’s author is strictly prohibited. Excerpts and links may be used, provided that full and clear credit is given to Andrew Hannell and hannellbim.com with appropriate and specific direction to the original content. The views expressed are a personal opinion only & do not reflect those of his employers or clients, past or present.